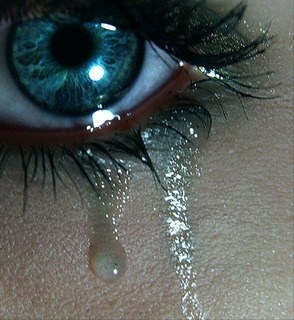 I had a crisis of confidence today.  These things happen from time to time, so I’m used to them.  Happened with the last book, and it’s a good bet that it’ll happen with the next one, too.  But it’s never pretty.

I work myself into a right old state.  I can’t seem to focus on the solution and go round and round the problem in ever decreasing circles until my ability to write anything from a shopping list upwards  just freezes.  Copious amounts of tea sometimes helps.  Copious amounts of chocolate, too–except I’m not allowed to eat that at the minute.

So there I was this lunchtime, teetering on the precipice of a full-on hissy-fit of frustration, when my Darling Beloved texts me a cheery message to see how I’m getting on.  Thirty seconds later I’m bawling my eyes out on the phone to him, snots bubbling, voice gone all high-pitched and wobbly, the works.  The last four chapters were utter crap <sniffle> they’d have to be rewritten again <sob> I’d never get this book finished in time <honk, blurt, wipe, wipe>… You get the picture.

Fifteen minutes later, I’m a different person.  I looked again at the offending four chapters and discovered that 75% of the problems were all in my head, and fixed them in less than 500 words, total.  Suddenly I’m on a roll, and everything’s clear.  Motivations are credible, bad guys are suitably chilling, and the dialogue I’d sweated over for days is clean and crisp and rapier-sharp.  All for the price of a few Kleenex.  Hurrah!

So you see, you should never underestimate the therapeutic value of a really good blub.  Sometimes it really does make you feel better.