Well, whaddayaknow. TRINITY RISING is on the longlist for the 2013 David Gemmell Legend Award – in some very fine company indeed. Lawrence and Williams and Bear*, oh my!

I was thrilled to be shortlisted for the Morningstar ‘Best Debut’ in 2012 with SONGS OF THE EARTH, and am more than chuffed to be considered a worthy contender for the Legend this year.

Is it likely I’m going to win? I’m up against LordGrimdark himself and RED COUNTRY – what do you think? However, hope springs eternal and yon axe would look exceedingly fine in my office with the rest of my arsenal collection of sharp shiny things, so if you’ve read TRINITY RISING and you want to nominate it, go right ahead. It’s a really easy public vote, and you can do it in a couple of clicks HERE. Voting is open until July 31st.

Of course, you are completely free to vote for anyone else on the ballot who strikes your fancy, and I absolutely will not hold it against you in any way. At all. Promise.

* And Abercrombie and Weeks and Deas and Erikson and all the rest, but it spoiled the joke** to include them all. 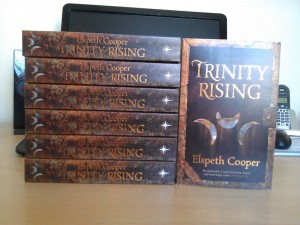 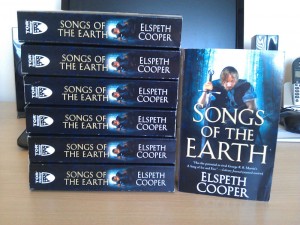