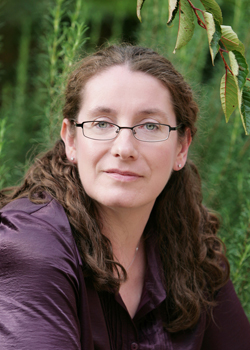 Born in 1968 in Newcastle upon Tyne, I have been a fan of the written word since I could read unaided, and have been writing stories for almost as long. As a child, the problem was never getting me to do my homework, it was getting me to stop.

My parents read me ‘Ivanhoe’ as a bedtime story which set the seed for a lifelong love of epic adventure. When I was eight, an inspired primary school teacher read my class ‘Beowulf’. I asked to borrow the book afterwards and then worked my way through Susan Cooper, Alan Garner and the entire YA section of my local library.

By the time I was 12 I had discovered ‘The Odyssey’ and ‘The Iliad’ amongst my father’s Penguin Classics and the die was cast. I was hopelessly in thrall to the alchemical process of putting words in a row and finding out what happens next.

At the age of 19 I chose not to go to university and instead got a job at a small software house, where I ended up staying for over twenty years. Nonetheless, I kept writing.

In 1997, in the middle of a messy break-up, I started writing about someone locked in the dark, struggling with a powerful force inside that couldn’t be understood or controlled. I didn’t know it at the time, but that became the opening scene of Songs of the Earth.

Over the next few years I picked it up, added a bit, unpicked a bit, put it down again, but could never quite ignore it. Similarities with Penelope and her embroidery are not lost on me! This on-off relationship saw the manuscript grow over time into something approaching a novel.

In 2004 I was diagnosed with relapsing-remitting multiple sclerosis. I continued to work in IT for another five years, and in the evenings polished Songs to a shine and started submitting it to agents. Serendipitously, I secured both an agent and a publishing deal at around about the same time as my continuing health issues vs. four hours a day commuting came to a head, so I was able to give up the day-job to be a full-time writer.

I currently live in Northumberland with my husband and two cats in a house full of books, some of which now have my name on the spine.