The Next Big Thing: THE RAVEN’S SHADOW 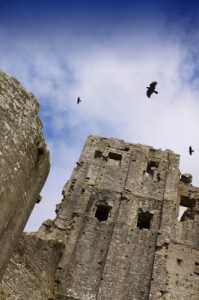 Urban fantasy author Suzanne McLeod – of Spellcrackers fame – tagged me to be part of The Next Big Thing blogfest meme – you can read her post here.

Unable as I am to pass up any opportunity to waffle on about my books, I naturally said yes. There’s ten questions to answer, so without further ado . . .

What is the working title of your next book?

It’s called The Raven’s Shadow, and that’ll probably be the final title too. It’s the third instalment of The Wild Hunt Quartet. Sorry, I’ve no cover art yet!

Where did the idea come from for the book?

It’s part of a series, so it’s hard to separate the genesis of this volume from the Quartet as a whole. It brings together the events set into motion in the preceding volume, Trinity Rising, and leaves our protagonists scattered across an Empire teetering on the brink of disintegration, ready for The Dragon House which will, if the stars align and nothing untoward happens, conclude the series.

So The Raven’s Shadow is sort of Act II, Part II, and when you get to the end of this volume you’ll be ready for a stiff drink or three in the intermission. At least I hope so – I know I was!

What genre does your book fall under?

The Wild Hunt Quartet is epic fantasy, but I’m told it reads more like an adventure story, with a bit of magic thrown in.

What actors would you choose to play the part of your characters in a movie rendition? 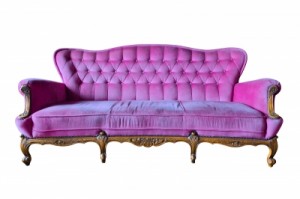 Even though I get asked this question quite frequently, I’ve never given it a second’s thought, and I really wouldn’t want to. I know what my characters look like to me, but I don’t see them in my head in the likeness of anyone I’ve seen in a movie.

One thing I don’t do in my books is describe characters in minute detail, unless something about their physical being is particularly important to the narrative. For example, you don’t find out what colour my protagonist’s eyes are until three-quarters of the way through Songs of the Earth, because until that point it doesn’t matter.

Every reader has their own idea of how a character looks – one even thought Gair was short and kind of wimpy-looking, despite all evidence to the contrary – and that’s totally fine with me. The reader’s journey through the book is unique and personal to them, so I’m quite happy for them to paste on whatever faces they think will suit.

What is the one-sentence synopsis of your book?

You want me to condense four volumes and some 675,000 words (projected) into one sentence? Damn, you’re a tough crowd. Just this book? Oh, okay.

Escaping the flames of religious conflict in the desert, Gair hurries north with only vengeance on his mind – but his grip on his magic is slipping, and a beast lurks inside him that threatens friend and foe alike.

Imagine that’s being read by the movie trailer voiceover guy – how awesome does that sound, eh?

Will your book be self-published or represented by an agency?

I’m represented by Ian Drury of Sheil Land, and under contract with Gollancz. The Raven’s Shadow is due for publication in the summer of 2013.

How long did it take you to write the first draft of the manuscript?

I don’t work in a draft-redraft-final cycle, I’m afraid. I am a very organic, free-range sort of a writer, and this particular story grew out of/alongside Trinity Rising like some kind of insane Siamese twin – it wasn’t until quite late on in the process that I realised I was actually trying to write two books at once. I turned in the manuscript 11 months after Trinity, but had actually already written a good part of it whilst still writing Book 2, so the answer is somewhere between 9 and 16 months. I think. Um. What was the question again?

What other books would you compare this story to within your genre?

I’m completely incapable of being sufficiently objective about my own work, and nowhere nearly well-enough read in the genre, to be able to make comparisons. However, I am frequently accused of writing ‘traditional fantasy’ because the story I wanted to tell used one or two familiar tropes in its setup. But to be honest with you, I’m not entirely sure what ‘traditional fantasy’ even means. Does it mean there’s a Chosen One with Manifest Destiny on account of him being some hero’s descendant, or a legend reborn? Is he supposed to have a feisty female sidekick and a band of trusty companions? Because if so, I’m doing it wrong. Gair’s a soldier’s bastard with a price on his head. He’s got no prophecy to tell him what to do. And he won’t get to be king at the end. 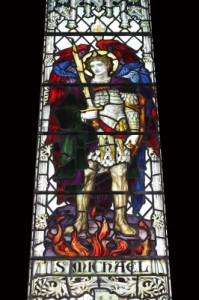 Who or what inspired you to write this book?

Again, this comes back to the root of the series as a whole. I’d been playing around with ideas of magic vs organised religion, and the nature of faith, then the child abuse scandals in the Catholic Church hit the headlines. I started thinking about a Church with a long-buried secret that was about to bite them on the bum, put that idea with the others, and stirred the pot. Then I threw Gair into the middle, and wrote down what happened next.

What else about the book might pique the reader’s interest?

Mainly, it’s a story about people. People in impossible situations, making difficult choices and living with the consequences as their world goes to hell around them. People deciding when to run, and when to stand and fight. There’s swordplay, magic, an antagonist you’ll love to hate and, like Trinity Rising, more strong women than you can shake a stick at. What’s not to love?

Now I have to nominate a further five writers to carry the baton next week, who are:

Mhairi Simpson author of the forthcoming HOOKERS & BLOWE
Mazarkis Williams author of THE EMPEROR’S KNIFE and KNIFESWORN
Helen Lowe winner of the 2012 DGLA Morningstar for HEIR OF NIGHT
Anne Lyle author of THE ALCHEMIST OF SOULS, and the forthcoming MERCHANT OF DREAMS
Juliet E McKenna author of too many books to list, chair of EightSquaredCon a.k.a. EasterCon 2013, and all-round genre luminary