Editors are evil, and other fairy stories 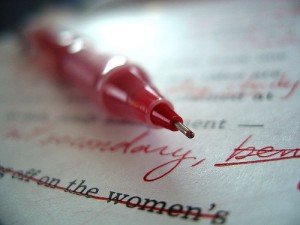 It’s hard enough being an unpublished writer, struggling along with the rest of the teeming multitude, trying to get noticed, so why the heck do we make things harder for ourselves by perpetuating myths, misunderstandings and downright untruths about the process of being published?

Hang about in any writer’s community, be it online or in the real world, and sooner or later you will encounter a manifestation of this phenomenon. It happens with the inevitability of Godwin’s Law: just as every Internet argument will devolve into accusations of Nazism, so every place where unpublished writers gather together will throw up one of the following gems.

No, they’re not. They’re human beings, not the spawn of the pit. They are professional word-wranglers and it is their job to improve your work. They’re like Berocca for your book: it’s you on your best day, only better.

They’ll hack my work to pieces

No, they won’t.  Seriously, if it needs that much work, there’s little chance the publisher would have laid out money for it in the first place unless you’re a 21 year old celebrity with a sensational autobiography who can’t write worth a damn.

What an editor does is apply polish.  No matter how shiny you think your manuscript is, it’s a fact that we all make mistakes, or aren’t quite as clear as we could be. The editor will smooth out the sentence structure, weed out repetition or overwriting and then wrap it all up in house style. You should barely be able to see where they’ve been, but read the book afterwards and you’ll be amazed at your literary genius all over again.

But I’ve got no say over the changes they make

Wrong again. Your editor will send you a copy of your manuscript with all the changes in it, and you get to approve pretty much every comma, deletion and rewording they’ve done.

The editor will have a damn good reason for every change they make. Maybe what you wrote was ungrammatical, repetitious or inane. Maybe it was a poor analogy, or you’re overusing a word.  People do stuff like nod and shrug all the time, for instance, but in books nods and shrugs are, to quote my editor, “heinously overused”. 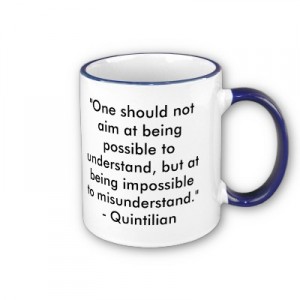 So it follows that if you want to alter something the editor has done, you must justify it. If your justification is good, you’ll probably get your way, but you’ll have to give a little to get a little. You can’t just snap and snarl like a terrier with a chew-toy it doesn’t want to give up, clicking “Reject change” on everything, and expect to be taken seriously.  That is the mark of an amateur, or the kind of pain-in-the-ass author that nobody wants to work with. Get over yourself and start acting like a professional.

Belief in your ability to write is essential in this business, but you also need a healthy dose of humility. Nobody’s prose is so golden that it is beyond improvement. Nobody’s – not even God’s (read the Bible and you’ll see what I mean; if He’d had a decent copy-editor there wouldn’t be all those long lists of begats in the Old Testament).

But seriously, when the edit is complete, and you read your book through with “Track changes” set to “Final” so you can’t actually see what the editor’s done, you probably won’t want to change very much at all.