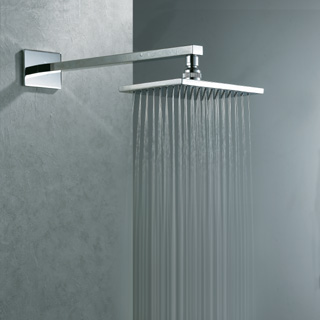 It’s one of those cringe-worthy pieces of corporate management-speak that should have passed its best before date long before now, but which you still hear trotted out by the same people who think it’s cool to say “That’s blue-sky thinking!  Let’s run it up the flagpole and see who salutes.”  Urgh.

But as it happens, I have one.  An idea shower, not a flagpole, in case you were wondering.  It’s also the place where I go every day to get clean, but the washing part seems to be a side-effect of its true purpose, which is to shower me with inspiration.

Inspiration is a funny thing.  It can’t be bottled, pinned down, put under a microscope.  It’s powerful enough to kick-start 20-year, 12-volume fantasy series, yet as transient and ephemeral as a waft of perfume from someone in the crowd around you on the Tube.  Writers can spend days–years–searching for it in vain, surviving on sheer perspiration instead, then when they least expect it, they wake up in the middle of the night with their brains fizzing.

Lately all my best ideas have come to me whilst I’m in the shower.  It might be the warm water and suds putting me into a Zen-like state where my mind is wide open to the random inspiration particles sleeting through the universe, or it might be that I’m only half awake and therefore unable to dodge the hefty kick my subconscious has just delivered like an eight-inch-thick printout from the batch job that was running on the server overnight.  I really don’t know where they come from, or how they get into my brain, but answers to persistent problems always seem to arrive whilst I’m showering.

Like this morning.  There I am, soaping myself and hoping I’ll be done before the milkman arrives for his money (like ideas, telephones and doorbells always ring whilst the water’s running), when I suddenly realise *why* Character A has to be where he is and what he has to do whilst he’s there, after he’s been trailing across the landscape for two-thirds of the book without a clear purpose that I could identify other than that I just *knew* he had to be there.  Now I know why, and it all makes sense.  Pieces of the story are dropping into place so seamlessly that I can no longer see the joins.

By ‘eck, I don’t know what they’re putting in that Palmolive sea minerals shower gel, but it’s good stuff.