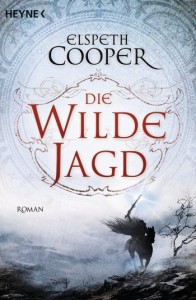 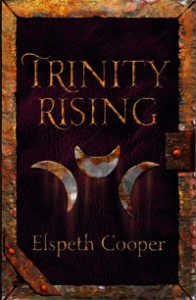 This month sees the arrival of two bumper bundles of joy: Trinity Rising in the States tomorrow from Tor, and last week Die Wilde Jagd in Germany (Heyne).

For those of you who don’t know, Book 2 of The Wild Hunt is  darker and more disturbing than Songs of the Earth. I knew it was going to be from the first scene I wrote. Gair grew up with a jolt at the end of Book 1; now he’s finding out that he’s caught in the middle of something that’s bigger than him, in which the choices he makes will have far-reaching consequences.

And he’s not the only one. Meet Teia:

A rush of compulsion deluged Teia’s mind. It seized her, shook her, bent her to its will. She would answer; she had to. She had known of her gift since Macha brought her first blood; why had she ever thought she could keep that a secret? There was nothing Ytha could not know, nothing she could not find out. It would be better by far to volunteer the information than wait for the Speaker to enter her mind and take it by force. Surrender was the only choice.

Wave after wave of Ytha’s will bore down until Teia thought she would break under their weight. Her mouth shaped to say the words and, in desperation, she flung herself open to the music within.

Want some more? You can read Chapter One here.

And finally, an apology

I’ve been MIA most of the last few months, for reasons many and various: finishing Book 3, The Raven’s Shadow, having the bathroom gutted, and dealing with a couple of MS relapses/starting a new drug regime.

Things seem to be settling down a bit now, so I’ll be a bit more visible (I hope!) from now on. Or at least I will until Book 4 gets a hold of me and drags me back into seclusion . . .