Sex in fantasy books, that is. Settle down at the back.

The other day, I was tidying up my notes folder and found some scene fragments I’d written a while ago. One of them featured two of my characters having sex. At the time, I made a funny tweet about it and let it go, but this is actually something I feel very strongly about. Strongly enough to go back and expand my funny tweet into a threadlet:

Was tidying up my misc notes folder and found a doc title I didn’t immediately recognise. Clicked, and HOO BOY unexpected sexytimes. *fans self*

It remains to be seen whether this encounter finds its way into the final draft, but my epic fantasy does not preclude intimate relationships, consent, male vulnerability or female pleasure.

And yes, that is a hill I will die on. The world might be made up, but I will ensure the people in it are as real as I can possibly make them. #amwriting #amwritingfantasy

And then when I still had Thoughts, to write this post.

So what’s the big deal?

There is a sector of the genre readership that doesn’t like sex in their fantasy. Some find it uncomfortable or embarrassing to read. Some view it as boring, unnecessary and a distraction from the plot. Some just feel sexual encounters are as much a part of the character’s everyday life as trips to the bathroom, and therefore have just as little reason to be on the page. After all, if the reader just needs to know two people have slept together, that can be shown with dialogue, contextual cues and other narrative devices, without describing the act in any way. The “how much detail is too much” question is one for another day.

I’m firmly in the opposite camp. I think that building a character without taking into account their sexuality leaves out a huge amount of information about them and how they relate to the people around them. Sexual desire is a powerful motivator in humans, as is sexual jealousy. It can skew a character’s priorities, make them willing to take risks. Who they choose to love and what opposition they may face for it reveals much about their society and social role. Think caste systems, religious divides, the effect of wealth or public visibility vs a private life and that old favourite, forbidden love.

Intimacy makes people vulnerable in a way that combat does not, and characters with vulnerabilities are interesting.

Everything I include in a book has to have a purpose – often more than one. That’s true of the sex scenes too. They’re not there for titillation. Intimacy makes people vulnerable in a way that combat does not, and characters with vulnerabilities are interesting. It also reveals how their upbringing has shaped them: what they want, what they expect, how much they give and receive when no-one else is watching. Even characters’ reasons not to have sex are intriguing. Asexuality, shyness, fear, disability – it is all relevant and worthy of exploration.

There are other reasons to include a sexual encounter, too. It’s a change of pace. A chance for the reader and story alike to catch their breath. To snatch a moment of joy in a highly-charged situation. For separated lovers to reconnect. Or maybe just for the protagonist to remember what it is they’re fighting for.

Sex is a very human – and humanising – thing. It’s another dimension to the character, another colour on the palette with which to paint them. The more colour, the more texture, the more real they become, and that’s what I’m striving for. Realistic people in a made-up world. 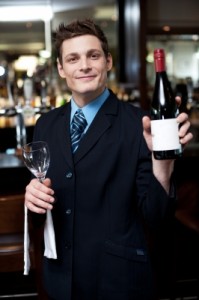 For instance, you get the reader who adored your first book, but is lukewarm about the second one. It isn’t anything to do with the prose, they say, or the plot, or even middle-book-in-a-series-itis. It’s more that you took their beloved characters and put them through the wringer, and they came out the other side a different shape. You broadened the scope of the story, so it wasn’t so tightly focused on one individual, and these other characters are now perceived as some kind of distraction from the main event. Even though the reader doesn’t actually say it in so many words, you can’t help but feel that they’re not so keen on Book 2 because it wasn’t the first book all over again. END_OF_DOCUMENT_TOKEN_TO_BE_REPLACED